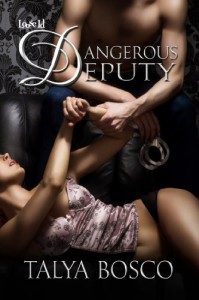 This is a short story of a cop who likes the heroine but is asked to look after her by her brother-in-law. Julia is trying to make a new life for herself after her divorce and boldly asks to role play with the hero, Dennis when he stops her for a supposed traffic infraction. Well, neither of them are that great at role playing, but it opens the door for a weekend of passions until she learns he was put up to it. Not listening to his side of the story is where it gets murky.

There’s some hot sex scenes, some misunderstandings, and in-laws you really don’t want to have. The blurb says it all mostly. It was a fun read, but know that it is short and can be read in less than an hour.